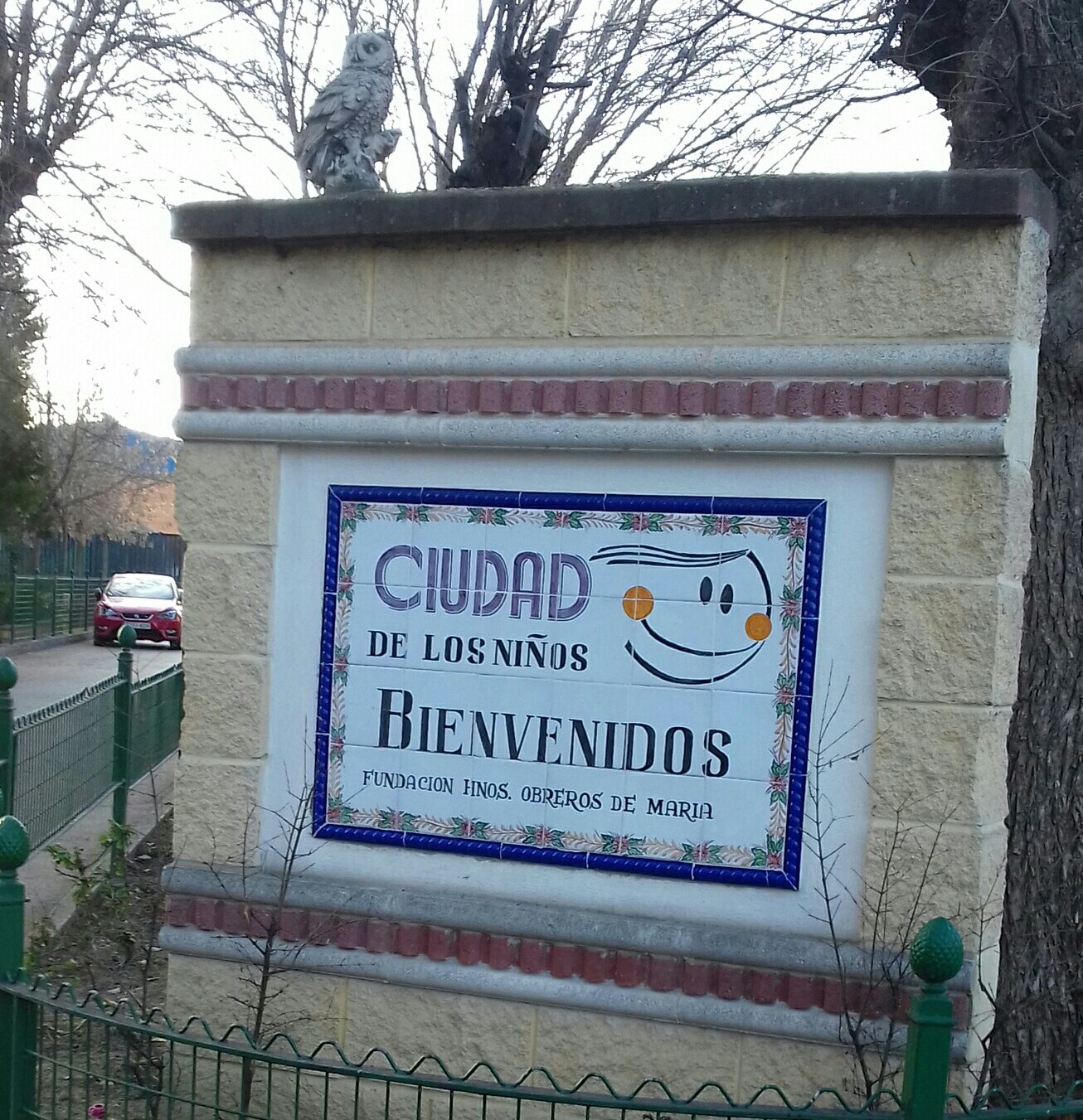 From boarding the plane at Ireland to arriving at Spain, their was an instant difference on arrival. The weather was alot warmer in Spain. Also the different language was apparent at the airport as we passed a Lidl advert with spanish subtitles. This made me feel anticipation to encounter what else Spain had to offer.

We set off in the morning with the guidance from our trip and supervisors Derek and John to find the school cuidad de los ninos.

We were allocated with the english teacher. We helped as much as possible with the pronounciation of english words and helped cut out pictures of men with differing clothes in english from their school work notes.

We took a picture as the erasmus group outside the cathedral in granada. 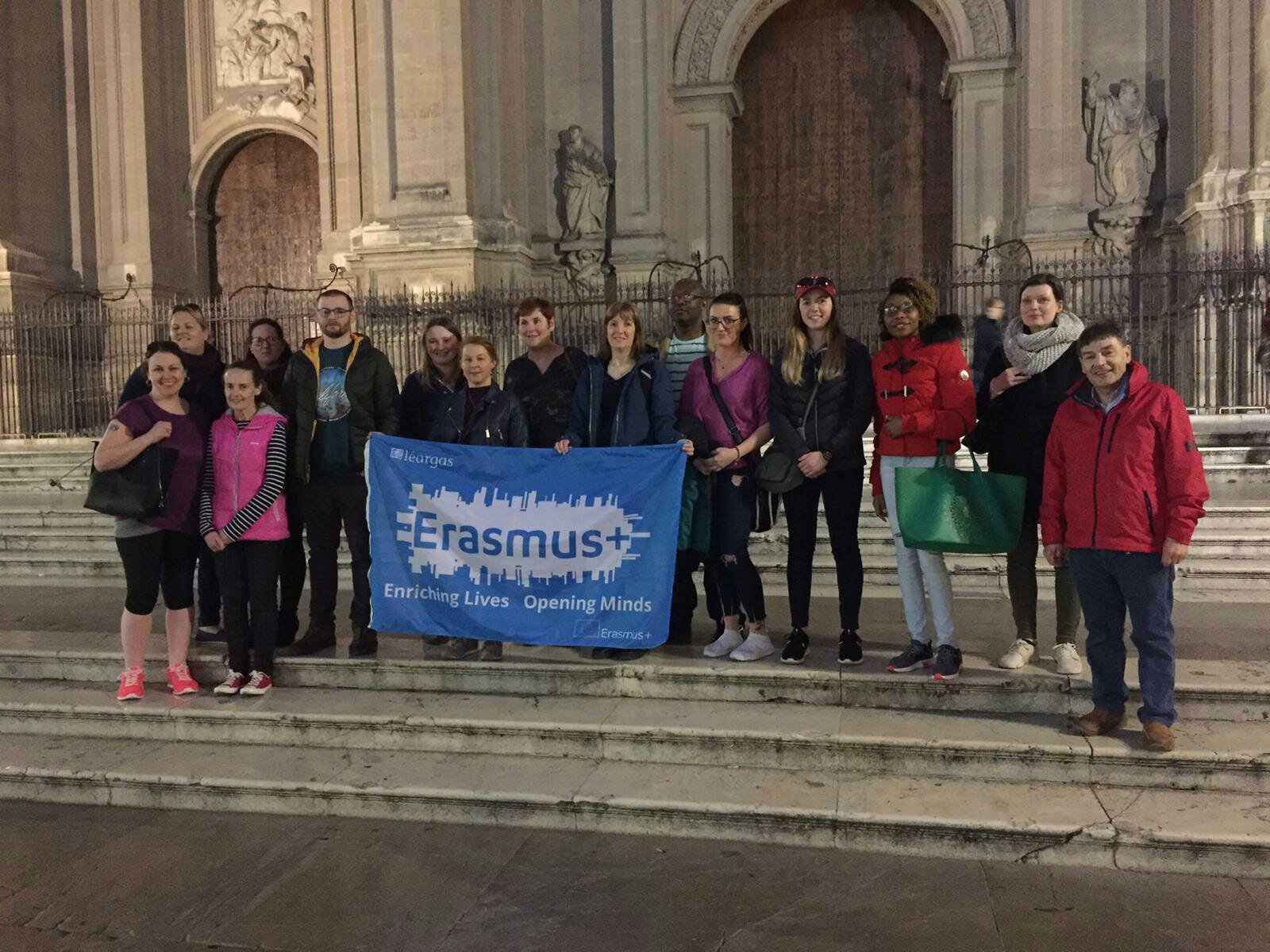 We took off on the bus to the school from what we remembered from yesterday, we arrived in plenty of time and had a coffee in a hotel across the way before we started.

We had the english teacher that morning. We presented a class powerpoint to the first 3 classes and helped with PE for the last few classes. The kids were very interested in the powerpoint and asked about fota island and the giraffes in cork city. We did abit of sight seeing after. Very eventful day and very interactive with students as we were asked many questions.

Wednesday
We presented the powerpoint to two more classes. We then demonstrated irish riverdance to the kids with the aid of youtube irish reel songs.

We taught hooky pooky to a class to help them learn direction and the parts of their body in english, all the while having fun.

We then helped them learn english through PE by getting them to identify the differing colours on the gym wall and counting numbers as they played hide and seek.

After school we explored the shops further in Granada and we saw a church. We went for dinner that evening.

Granada has lovely designs in their architecture, clothing and accessories.

We presented the powerpoint to the older kids. At first, they were not as interested as there was alot of talking but the teacher asked the kids to look up and they then asked for a video of irish dancing which we showed on you tube.

The kids then played PE which we devised a sport they could play. Elmarie and I got them to try to kick a ball out with another ball that was in the hoola hoop and the team that could get the ball out of the hoop with the other ball would win a point.

That evening we went for a drink and a mexican dinner with our trip supervisors John and Derek and the rest of the group which was interesting to hear the difference experiences each of us had in the one day and nice to socialize with the group.

We demonstrated the powerpoint to the special needs class. They were very interested and both students and teachers asked questions regarding the gaelic language and hurling. As the class was well behaved the students then got to go to the shop for a treat.

During PE time, we got the students to play gaelic football. Some students tried to kick the ball but once reminded how to play the sport, did it very well.

Summary of week 1 in Granada

Week 1 in Granada was very nice. We explored the towns cathedrals and shops and during the weekend we saw Cordoba which was very pretty and scenic. The work at times was hard but rewarding as when the kids understood us fully. They wanted to know more. I learnt myself that sign language can help alot when in a different country with a different language as people could understand what you were trying to say better. Overall, we were tired from the plane ride that first morning we went to the school but it was enjoyable and worth the experience.

Elmarie and I demonstrated head. Shoulders. Knees and toes to the younger class and row row row your boat with visual aid songs from youtube. The kids were laughing as they participated in what was demonstrated and were singing when we left the class. We played bingo with the kids so theyd farmiliarize no 1 to 100 in english. This helped as they repeated what we said to the other class mates. We also helped the kids play hand ball.

We prepared for presenting to school PE by researching physical education activites online.

We then helped the children play rugby.

We helped the children with english homework and then played bingo in spanish. The teacher helped translate the numbers for us.

We then played a game for PE where the kids dropped a ball in a hoola hoop and ran to get a coloured napkin of our choosing. The kid who ran to the their group first with the rag then won a point.

We then took a day tour bus of Granada that showed us some of the city which was nice to see new cathedrals that we didnt realize were there. 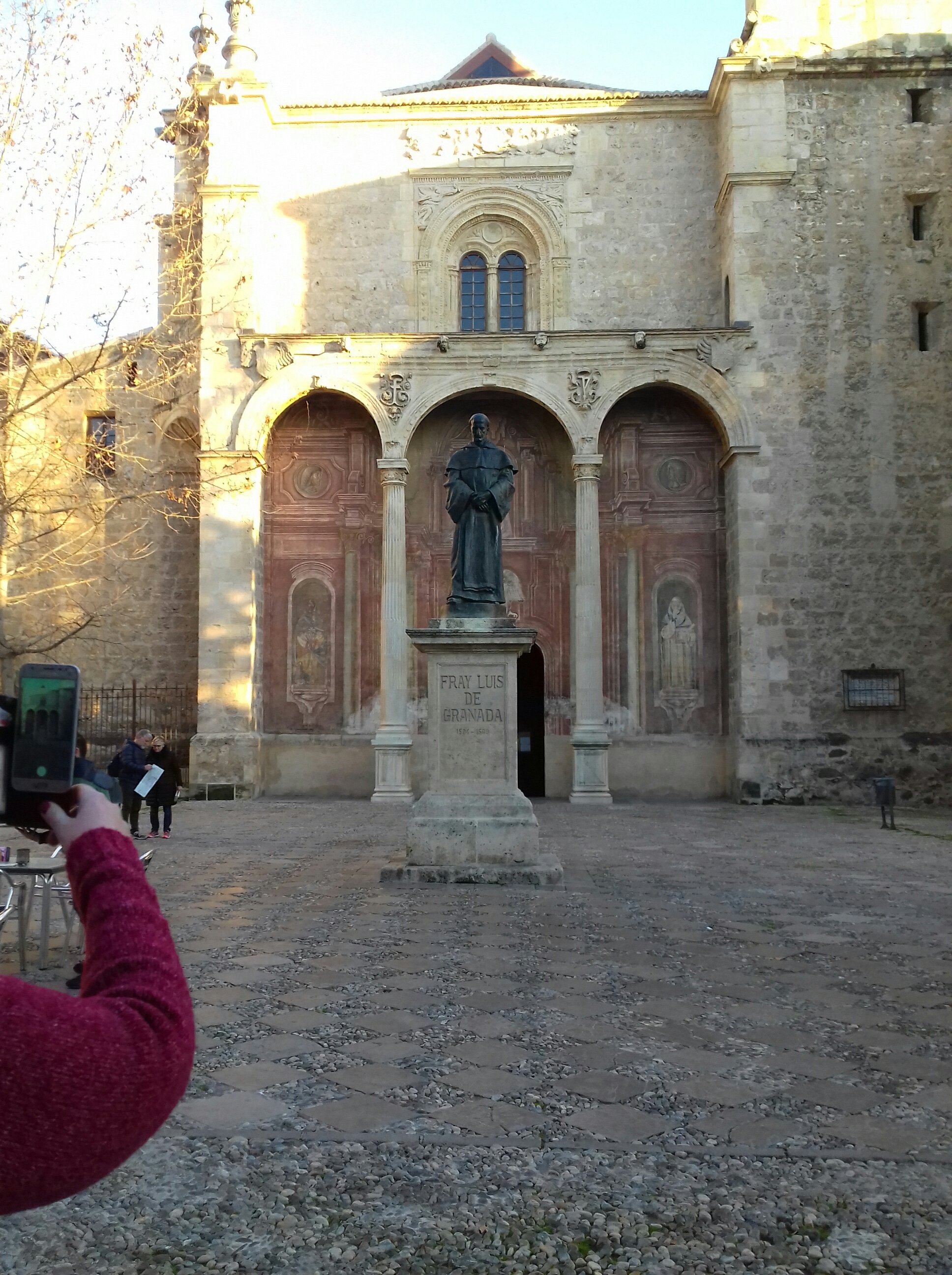 We revised with the kids the english from the day before. The teacher gave new homework and we tried to help explain the english words.

We then played the PE game from yesterday with different classes. The teachers joined in to demonstrate.

We collected our erasmus certs that night which I felt a sense of accomplishment as I had completed my first erasmus. I was very happy to have experienced life in a different country for two weeks. 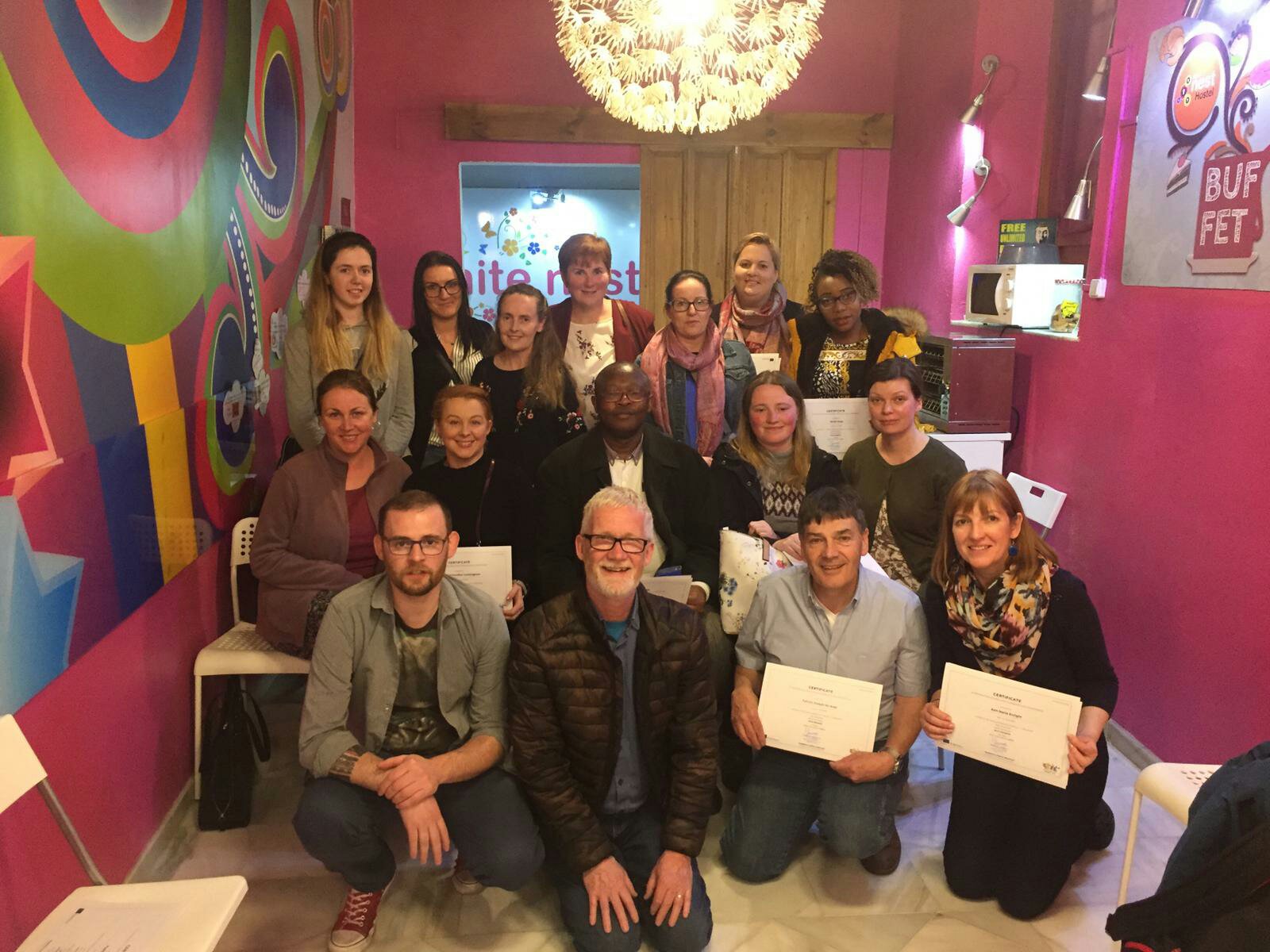 We started the day by helping the teachers draw food for their granada posters. We took the kids that behaved out for lunch. We then did some basketball with the children and the teachers and students said thank you for your work.

We went shopping and for mexican that night. We had drinks to celebrate the final day of placement. 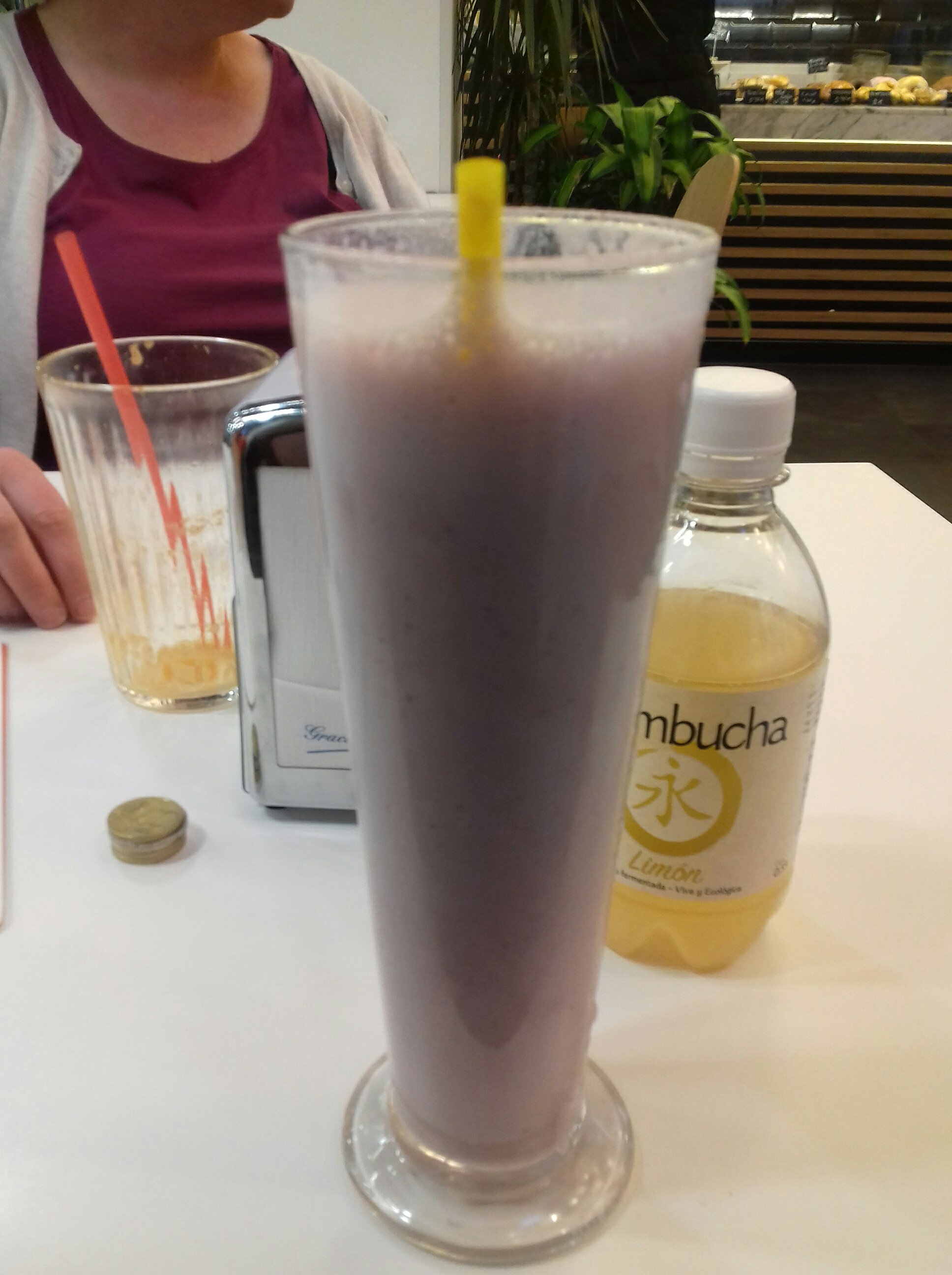 We finished our time by visiting malaga and exploring the city and walking out by the beach to take in the atmosphere and scenery. We reflected on our time talking on the bus on the differing experiences we each had. We returned to the airport Sunday and went home with lots of memorablia and fond memories of Granada. 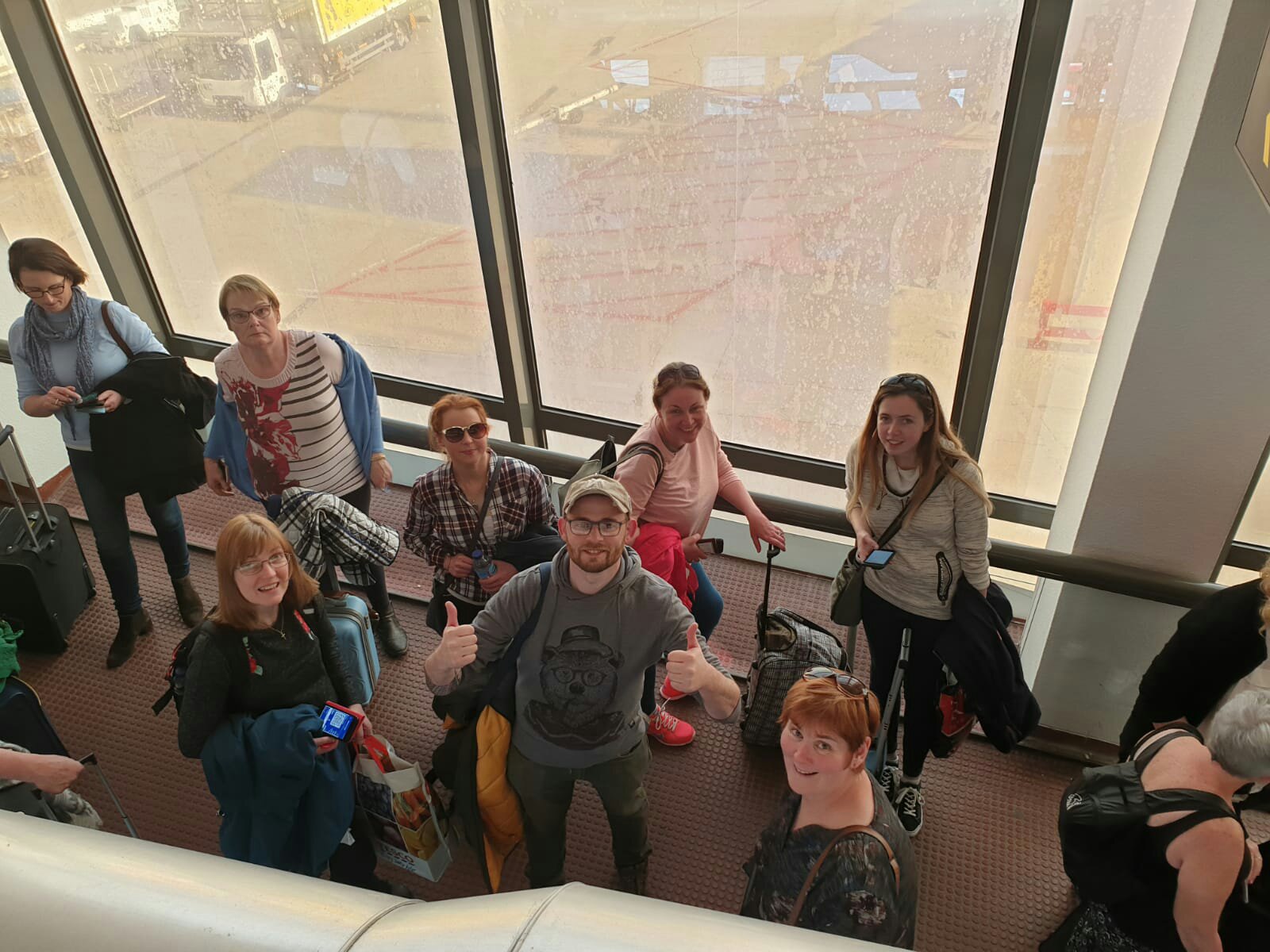 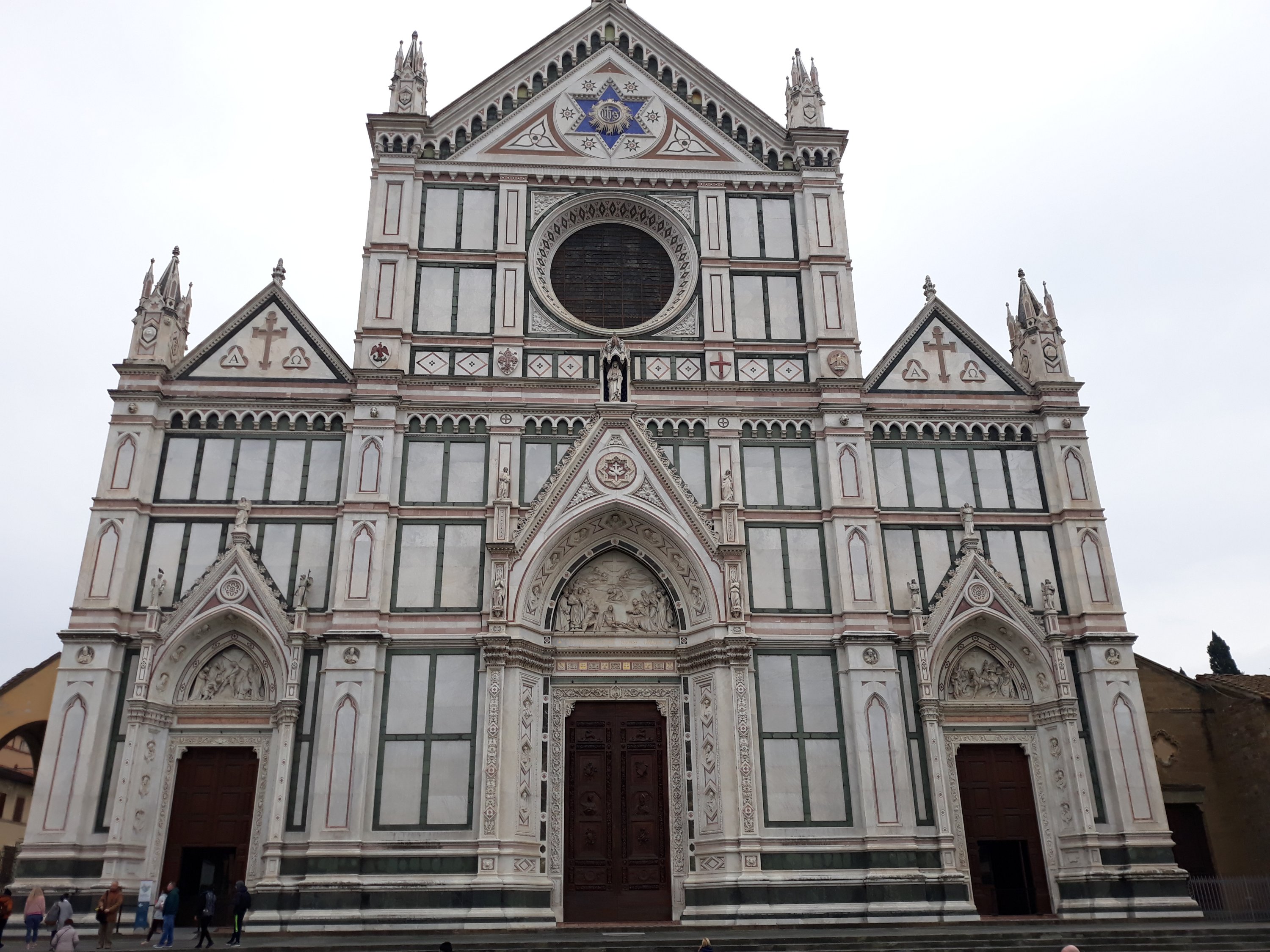 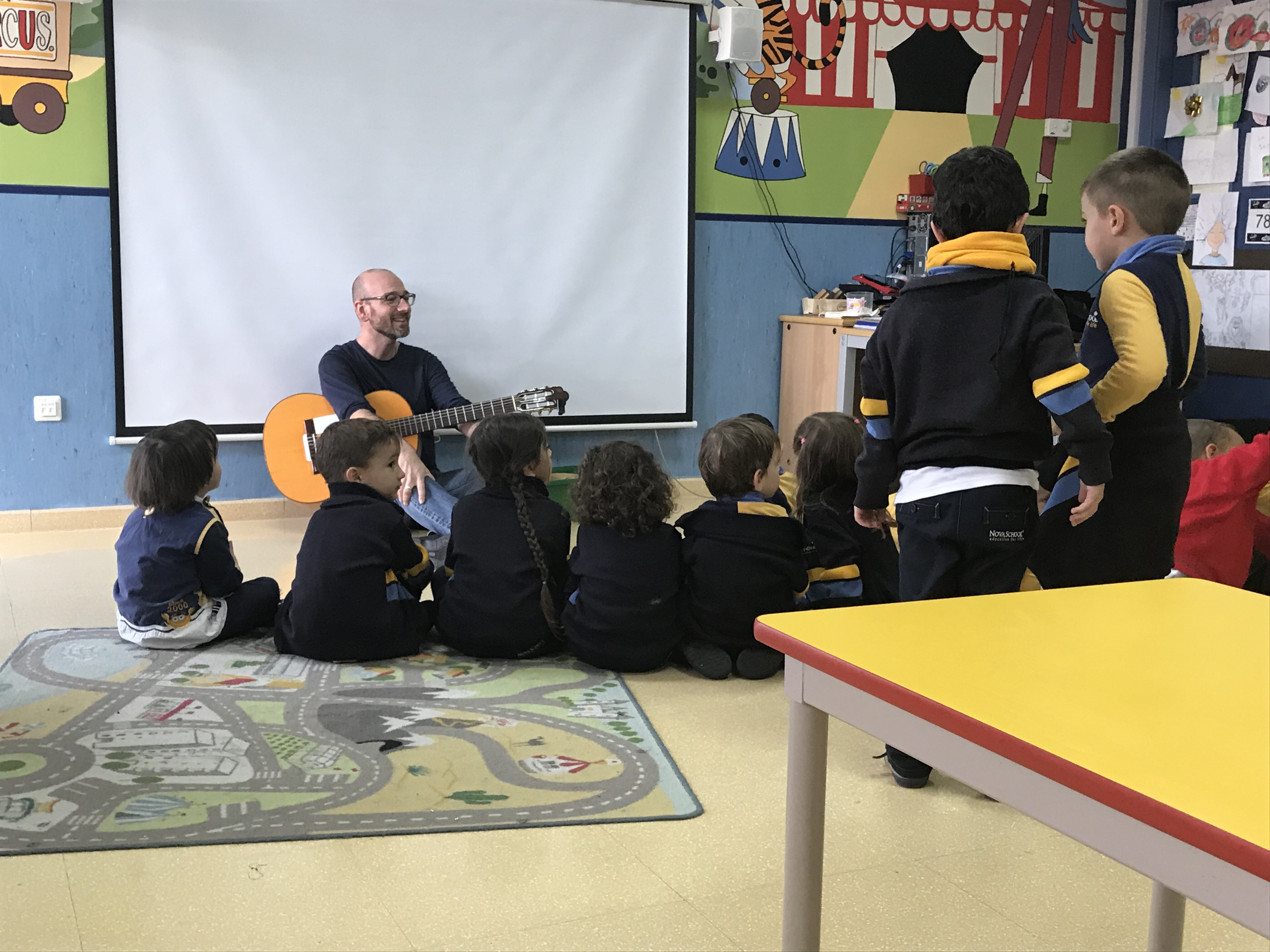 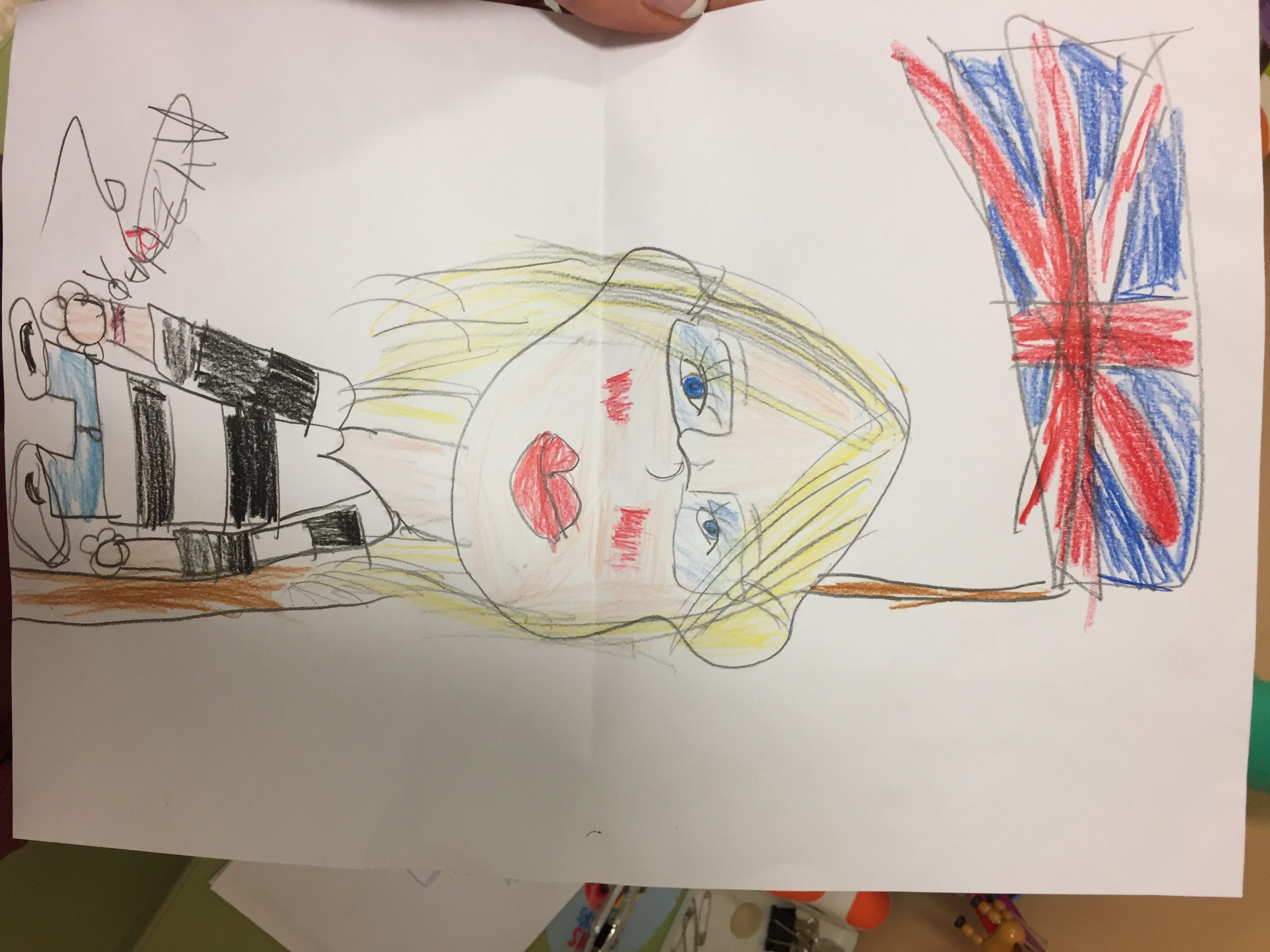